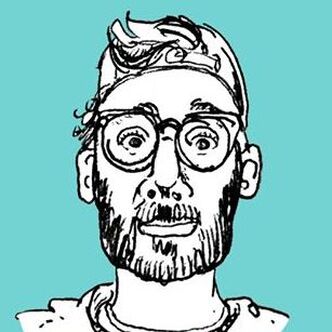 Hello there friend.  Please stop running away.  I’m wrapped very tightly in these bandages, and it’s hard to keep up with you with my legs bound like this and no organs.

This is very frustrating.  I’m not just talking about being a hollow, reanimated corpse; this is about having passion and feelings.  I wouldn’t mind being doomed to this empty body if my head wasn’t so full of feelings.  You are still running.

I wish you could understand me.  My tender words must sound like moans.  You know, I didn’t ask to be mummified.  I didn’t say to my brother-in-law Hetgar, Hey brother-in-law, could you slice me open and remove my insides while I sleep, while I sleep on the couch because your sister has a 24-hour plague?

I didn’t ask to be embalmed with spices and cherry flavor.  I etched these preferences on a wall, but never did I look Hetgar in the face and say to him, “Embalm me with these spices,” and hand him the spices.

One day, my living human friend.  One day, vacant, supernaturally hijacked bodies will sit down with normal, chock-full-of-guts bodies and talk about dry skin treatments and the different types of gauze.  Until then, all you will know is chasing and moaning.

Milosh is an ice cream salesman who pushes his cart along the Bill Emerson Memorial bridge in the summertime.  You can usually find him saying stuff like this:
Ice creams get your ice creams.  Hot day out there.  Lotta traffic.  Hot day y’all.  Talkin bout a long bridge.  Could be a while out there.  Who wants ice creams here.
Excuse me miss, you or the babies want some ice cream on a hot day like this?  Could you stop for a minute here?  The babies want ice cream are you denying them?
Got a big cart of Good Humor here.  You look sad in your cars, could make it a cool ice cream day with some ice cream here.  Plenty of waffle cones.
Been here since 8AM in the morning over here.  Can’t leave til I sell all the ice cream.  Can’t be with my wife and kids.  Can’t take the dog out to pee.  Sometimes it takes days.  Sometimes one car buys every single ice cream.  Sometimes that car drives me home.
Been holding this ice cream for a while out here.  Hot day how come nobody wants an ice cream treat.   Warm milkshakes get your warm milkshakes.

​​
​A Dream From the Old Country

- Ezek the beggar was not a beggar.  He was an entertainer.  He would sing and stomp his boot and make music for you, and then you gave him a shekel.  And if you didn’t give him a shekel he’d spit all over you.  We had to carry two shekels when we left the house, because over there on any street could be Ezek, with a new song.

- What was the second shekel for?

- The second shekel, it was just a shekel, you spent it on a haircut or something.  Who’s asking?

Scarsdale, NY—When the Scarsdale Outlet Mall converted the steps of their first floor staircase into functioning piano keys last month, no one could have foreseen what happened yesterday afternoon.
Spectators gathered around the staircase-piano as Thurston R. Getz, 33, was stepping through Mozart’s Piano Concerto no. 26, a performance for which no one is quite sure how he prepared.
But tragedy struck at the beginning of the third movement, when Getz tumbled from the top of the stairs to his death.  “We could have helped him, but everyone figured it was part of the performance,” one spectator said, “we just stood there for a few minutes and then someone went up and kind of prodded him.”
“The tempo really picks up in the third movement,” Professor Hubert Ogleby of the Scarsdale Conservatory commented, “I mean just to get that far, he must have had miracle feet.”  In the end those feet came up one miracle short.
Police say the incident occurred around 5:00 in the afternoon, “about the same time several families showed up with young children.”
The incident has led some to question the staircase-piano’s purpose.  “It was an idea to incentivize shoppers to take the stairs instead of the escalator,” said Fred Polk, a member of the mall board of directors.  “It’s eco-friendly,” he continued, “but more than that it’s family-friendly.”
Hundreds of Scarsdale Outlet shoppers will remember yesterday not just for the low prices, but for the beautiful, whirling arrangements of an unconventional genius, and then the grim tones as he tumbled over the low octaves.  Mall officials say there are no plans to take down the staircase.

-  You seem well qualified.  We’re almost done.  At this point in the interview I’m required to ask if you are a user of any controlled or illegal substances.
-  Are you some kind of a witch?
-  Excuse me?
-  Why are you looking at me with that witch stare, witch?
-  Are you on drugs right now?
-  I am on one drug right now.
-  You realize there’s no way I can give you this job, right?
-  It would be one thing if I had to quit drugs for this job, but I would never work for a witch.

On Trickin’ Kids, we exploit the ignorance of small children with innocuous practical jokes.

A Snack
- Hey Tommy, would you like some dried grapes?
- Ew, yucky.
- How about some raisins?
- Yes please!
- Idiot you just got tricked!

Charity Dinner
- Welcome to your charity dinner, Thomas.
- Charity dinner...for me?
- Yes.  You have a very rare disease.

How to Become a Best-Selling Child Author

I write about what everyone my age thinks about—making sure bullies don’t make you eat dirt; finding places people can’t see you throw up the dirt.  Being a kid is about slowly learning what it means to be a grown-up, and being a grown-up means not eating too much dirt.  Being a grown-up also means writing books.

Here’s an excerpt from my newest release, in which I go over my critical process:
“I watch people doing things and I say things about the things they’re doing and my Mom writes it down so my Dad can type it up later.”

There are many more excerpts from my 13-page book.  Here is one of them:
“Girls like smart boys, but more than any type of person, girls like presents.  If you can’t afford presents with your allowance, sometimes you can become a very successful author and then you can give yourself as many allowances as you want.”

Thanks for buying my books you guys.  See you in college.

Welcome back to the Benny Ronaldo Show on Channel 9 Southeast Missouri Public-access serving Cape Girardeau and Scott County, I’m Benny Ronaldo.  The time is 4 o’clock AM no need to peek into the kitchen and check your microwave clock.
This morning’s episode is sponsored by Huck’s Chili Kitchen on North Sprigg Street.  Thanks again for the chili Huck it’s great.  Hope my viewers don’t mind me eating this chili during the broadcast so I don’t have to reheat it.
The lines are open so give me a call if you wanna chat.  I don’t know much about sports or politics but you can call in and tell me about those things.  If it’s your birthday pick up the phone and I’ll sing you a song about birthdays.
Definitely call in if it bothers you that I’m eating chili during the broadcast and I’ll put it in the fridge for later, I just don’t wanna waste it.  Anything goes here on the Benny Ronaldo show so don’t hold back.
There was a big party at Anthony V’s house on Saturday; Kim Alexander and the Yagupskies played a rockin’ fifteen-song set and I was giving out Benny Ronaldo Show mugs and hats.  A fight broke out but I’m fine cause I ran straight home.
This is the part of the Benny Ronaldo Show where we swap some gossip.  Did you guys hear about the car that overheated on the Bill Emerson Memorial Bridge last Thursday?  That was my mom’s car, she went so nuts I had to pick her up in Jake’s van and take her to church to calm her down.  Oh brother.  And did anyone hear about Felix Dominguez?  He groped a girl in the Capaha Park gazebo.  I heard it was consensual.
Looks like our time is up but stay tuned for one more hour of the Benny Ronaldo Show tomorrow at 4 o’clock AM.  Don’t forget to go to Huck’s Chili Kitchen for a large bowl of chili and steak fries and for limited time only, if you mention the Benny Ronaldo Show, a hug.

When the authorities entered my car without permission I was fast asleep; I was having a nice dream.  They told me I had left my car parked in the eastbound lane of Shawnee Parkway on Bill Emerson Bridge and I was like “what the fuck cops get out of my car let me go back to sleep.”

They told me they had tear gas they would use if I didn’t cooperate.  They said I was lucky they couldn’t tow me because the fender was disfigured and the bumper was missing and there were no wheels, I didn’t see how that made me lucky.  They also wanted to know how I got my car on the bridge in the first place.

They said they had my car tagged, that they knew I was Chucky Perkins, that I just got laid off from my job at the Campbell Mattress Factory.  I thought I must be all over the news with this shit.  I tried to reason with these pigs, “I don’t know how my car got here but look at me; I’m half asleep, half naked in the backseat and anyone could have parked my car here.”

They got angry.  They said by blocking the eastbound lane of the bridge with my Chevy Lumina I was thwarting interstate traffic, that’s a felony.  I said bullshit it’s a Sunday.  They told me if I didn’t step out of the vehicle in five seconds I would be considered a threat to national security and get taken out by a sniper.

I was thinking these guys must have guns why do they need a sniper, but I had to save my ass so I got up and said “I’m sorry officers.  I’m sorry federal agents.  I won’t park my car in the middle of Bill Emerson Bridge again.  I’m real sorry.  Okay?  Are we cool?”  They took me into custody as a helicopter lifted my car up off the bridge and dropped it into the Mississippi River.